What is in a name? The Naming of the IBC Network Foundation

When I founded the IBC Network Foundation, I had some visions in mind of what I hoped it could become.  The word “network” was placed squarely in the middle of our name for a particular reason.

Having been diagnosed with what is viewed as a rare disease, inflammatory breast cancer, I knew how hard it was to not know other people who’ve experienced this diagnosis. A human connection was important, especially since the statistics of survival were so low, hope was needed. I had heard of some long-term survivors, so I wanted to network patients to patients, to build community and hope. Prior to filing for the charity approval, I had started online support groups and they evolved into many groups internationally very quickly.   That activity only confirmed what I felt needed to be the next steps.

To form a charity.

I was really hesitant.

It was important to me that I was not doing this just because of my personal experience. I wanted to be sure this was really needed, and I was echoing the voices of others. The more I walked down this path deeper into the IBC community, the more need I saw unfilled.  After a lot of thought, prayer and tears, it was clear to me a charity had to be started to focus on this orphaned disease.

The goals became clearer.  The first needs to be addressed were to:

Hence the word “Network” in our name. 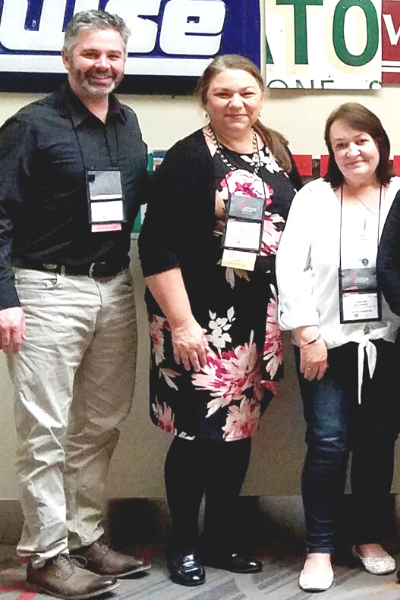 The US based charity was formed in 2011.  Now the IBC Network Foundation, a charity that is heavily focused on funding research, has now grown into the United Kingdom and Australia and is gaining more support every day.

To start a charity is somewhat easy, to be impactful is where the work comes in, but it is working.  Also, something that is very edifying is how we work together. We are what we call, “separate but equal” with our own board of directors, but with the same mission of education and funding research.

Today the Inflammatory Breast Cancer Network Australia launched a social media campaign. Seeing them share this social media educational push is important to me because it shows how the vision is resonating worldwide.  That these three separate but collaborating charities in three different countries, around the world from each other are networking and sharing a mirrored message.

We are literally an International network.

Look out IBC, we are coming for you, and we are bringing the world with us.