The IBC Network is honored to share this guest post from  Oliver Bogler, Ph.D. He clearly outlines the gaps in research and how we can push to move the entire field of breast cancer advocacy a stage further. We hope you share this post and we look forward to your feedback. 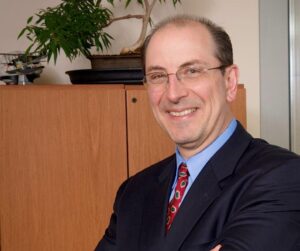 In the aftermath of breast cancer awareness month in the US it is a good time to reflect on where we are in terms of progress in the fight again this disease. I would like to give my personal view here.

In the plus column, I believe, belong some of the achievements of the pink movement, which include raising awareness to a tremendous level for the most common kinds of breast cancer in women, removing much of the stigma of having such cancers for those women, and mobilization of resources for research. I don’t wish to go into the excesses of the pink movement here – others have done so much more thoroughly and eloquently than I could, for example Peggy Orenstein in her powerful piece “Our Feel-Good War on Breast Cancer” earlier this year

I do want to dig a little deeper on the issue of research funding. When you look at what the US National Cancer Institute spends on research in different cancers vs the number of cases in the US, you can argue (as I have on my blog) that breast gets about $200M more than would be expected purely on incidence. I hazard that this comes from the expansion of the number of scientists interested in breast cancer research who then submit and win more grants, and that this is in turn due to additional funding from foundations. If you are a budding new cancer researcher, breast cancer is a good field to enter as funds are relatively abundant. In addition to this direct effect of the breast cancer NGOs, their effectice advocacy has no doubt also positively influenced government spending. I believe significant credit goes to those responsible.

In the minus column, again for me, comes the fact that the loud and proud pink in the media makes it very hard to discuss some of the less recognized and less pleasant aspects of breast cancer. It obscures that important awareness work remains to be done, and that research funds need to be deployed more broadly and more inclusively.

In the last few days I searched a database of funding called SciVal Funding, which captures major grants from US and European government and private funding agencies which have been awarded over the past decade or so. While I fully appreciate the limitations of such key word searches, I think the numbers of hits are at least food for thought. In the context of the observation that the search for “cancer” retrieved 227,262 grants here are the numbers:

(Please note that there is likely overlap so that it is likely, for example, that the 53 “male breast cancer” grants were also found in the 35,283 “breast cancer” results. The percentages are based on this assumption).

Given the simple demographics of what proportion of patients in the US deal with metastatic (20-30%), triple negative (15-25%), inflammatory (1-3%) and male breast cancer (~1%), it appears that there is room for more equitable funding distribution. In most instances the gap between the numbers of funded grants found and the percentage of patients is 10-fold. In other words, raising funding for the rare cancer by this multiple would get them in line, roughly, with their occurrence. Again, I recognize this is a rough-and-ready analysis, and does not take into consideration many issues. Then there is the observation that clinically these relatively rare cancers, particularly metastatic, inflammatory and triple negative, pose more serious problems, and so should actually receive proportionally more resources.

I propose that we form a group to nucleate this effort to bring together all the rarer forms of breast cancer- Pink+ or whatever it should be called, I leave to others more gifted in such things. Together we advocate to our Pink colleagues directly, as well as to the public at large on this issue. Let me explain what I mean: Since my diagnosis with male breast cancer I have been stopping at many booths where breast cancer awareness work is being presented (I work in the cancer field and go to a lot of cancer conferences). I stop, and chat to the people behind the counter about their work. At the right moment I ask whether they include men and male breast cancer in their work, and invariably a pleasant and enthusiastic conversation ensues.

So I ask –  how great would it be if I had a brochure or website to point to that included not just my concerns on the men’s disease, but those of all of us, and which actually focused on the issue of inclusiveness in breast cancer advocacy itself? Backed by social media, and with a positive message focused on inclusiveness, I think we have a shot at changing the way the world thinks about breast cancer.